In light of recent statements regarding the status of the multirole helicopter tender in Poland, Airbus Helicopters feels the need to refute a number of misleading allegations reported in the media. It is our belief that Polish citizens and the Polish armed forces deserve full transparency on the tender process in which Airbus Helicopters and Airbus Group have been fully committed over the last four years.

The decision to break the offset negotiation process was made unilaterally by the Polish Ministry of Development on October 4th. The Ministry stated that this decision was made because Airbus Helicopters’ offset proposal allegedly did not meet the essential security interests of Poland.

In April 2015, Poland selected Airbus Helicopters’ offer for the modernization of its multirole helicopter fleet. This proposal encompassed both the deliveries of H225M Caracal helicopters and the associated offset offer (industrial activity in Poland). Airbus Helicopters was chosen as the sole offer fully compliant with the demanding Ministry of Defence requirements, including the transfer of high-level technology deemed essential to guarantee the essential security of interests in Poland.

Airbus Helicopters deeply regrets this decision and would like to provide full clarity about the content of its offset proposal.

Preserving the essential security interests of the Polish State

o   Transfer of source codes, licences, together with granted rights to modernize helicopters and their systems.

New projects requested by the Ministry of Development

Many statements have been made regarding the ability of other competitors to better serve the interests of Poland. Airbus Helicopters would like to make the following comments on the matter:

Airbus Helicopters stands ready to provide all the supporting information deemed necessary to clear any doubts or misinterpretations about the content of its proposal. 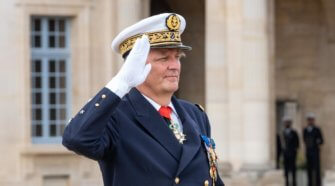