MK : The rocket that currently equips the TIGER and is used on the various theaters of operation is the result of technical evolutions connected with the joint staff’s statements of requirements to solve the issues identified on the rockets of previous generation. In the 80’s and 90’s, Thales renewed the rocket system technology and partially integrated a revolutionary technology of programming and activation by induction, which now arouses the Americans’ interest. Indeed, this technology enables to deploy this armament system in varied configurations; the company considers diversifying the platforms that could host it, which would allow the management combining of this type of ammunitions, while developing newer operational capabilities altogether.

TB : In a scope of a defense budgets decrease, does the rocket provide a permanency in firing with regard to a missile technology more and more expansive?

MK : Absolutely! The sub-metric precision rocket costs around three times less than the American missile HELLFIRE on the TIGER. The rocket is also easier to use because it is much lighter than a missile. So, one could load several types of rockets on the same platform for a ten-hour flight, to destroy four or six targets, which would not be possible with a missile, which is heavier and is designed to destroy or neutralize armored targets.

TB : Who are your major rivals in this field and what does set yourself from them?

MK : There is a big competition, above all with laser guided rockets, because they exclusively follow the American standard, 2.75 inches. If we sum up, the rocket market will be clearly bisected: on one hand, you have the Russian 80mm caliber; on the other hand, the American 2.75-inch caliber. The French 68mm caliber is only 5% of stocks.

In the 90’s, the American military wanted to purchase a laser guided rocket called Advanced Precision Kill Weapon System (APKWS). This market siphoned off some missile manufacturers like LOCKHEED MARTIN, BAE, RAYTHEON, who all tried to develop guidance – kit to equip these rockets but they all keep the American generic standard, which has not evolved since the Vietnam War. So, it is combined with the analog, wired and mechanical technology for its application.

For its part, Thales did its intellectual revolution in the 90’s and replaced the usual rocket, which dated back also from the 60’s, by renewing the system, now improved with induction, digitalization and reaching the absence of connectors. Which means that the warhead equipped with the Thales guiding system fits onto a modern “motor”: the F4 propeller. This is for all these reasons that our guided rocket will be much more efficient than the American one, given that the system infrastructure of the latter is totally unsuited to such a high-performing vector.

TB : I guess that on the TIGER the rocket launchers could be supplied with munitions repeatedly…

MK : That’s correct. The rocket launchers have an unknown lifetime limit. We guarantee that our tubes will be able to fire until 300 rockets because we stopped testing at this amount. Besides, our launchers are maintainable at 100 %, which represents a big difference compared to the American standard, since the 2.75-inch launchers warranty is for only 16 rockets firing per tube and are then thrown away when the number of unusable tube per launcher reach 30%. So, shooting with a “22-round” which equips, for instance, the TIGER’s internal block, you can fire 6,600 rockets before even the first maintenance. It enables you to go on a theater of operations without any launcher in reserve and to fire approximately 20,000 with one combat helicopter, without having a hang-up about maintenance.

TB : These rockets have been used on several theatres of operations like in Afghanistan, Libya and Mali… Which feedback did you get from these deployments?

MK : The feedback from these different conflicts was very positive and was immediately taken into account. Between 2009 (and the deployment in Afghanistan) and 2013 (with Operation SERVAL in Mali), the equipment and ammunitions evolved and the consideration of the rules of engagement were well comprehended by the crews. From now on, these ones use the mix helicopter platform/system of armament in a very efficient way.

TB : We currently find your rockets on aircrafts. Do you envisage adapting them to other platforms: terrestrial, naval, aerial?

MK :  It is the great strategy of Thales, which precisely consists in explaining that this rocketing armament, i.e. a munition, can be adapted to series of platforms. The rocket first came back on attack helicopters. We have launchers adapted to the RAFALE’s point 3. We also want to equip armored vehicles, ships and drones with them. Clearly, the idea of Thales is to promote this munition as being adapted to various platforms and to outline that, with the current financing problem, it is relevant for the joint staff to purchase a type of ammunition that can be deployed onto vectors as numerous as possible.

TB : Is the rocket the ideal weapon for asymmetric warfare?

MK : It is clear that the advantage of the rocketing system of armament is a result of the capacity of the same system to fire an unguided ammunition for a show of force, an unguided ammunition to perform a surface shoot over a zone or a guided ammunition for a tactical strike onto a potentially moving target in an environment where collateral damage is strictly forbidden. So, with the very same launcher, we are able to fulfill varied missions. We could call this versatility, which cannot be obtained with a missile dedicated to a certain type of target and to a certain context. And if we put up only one type of ammunition, we won’t be able to fulfill the other missions. It is sure that the rocket system answers an operational context which evolves either slowly in time or fast: the flying aircraft will be able to re-adapt and select the ammunition suitable for the context.

Today, Thales here takes up a unique and different position between the notions of Close Air Support (CAS) and Close Combat Attack (CCA). The rocketing system of armament is rather considered as equipment used in CCA because the crew make alone the decision to use its weaponry and, thus, the fact that it has a versatile rocket system enables it to have at its disposal the most adapted solution against the threat.

TB : Do you intend to develop this system in the SCORPION program our department of Defense has finally launched?

MK : The terrestrial version is not officially included in the SCORPION program but there are currently negotiations to study it as an alternative to the “all-missile” scope.

TB : As a conclusion, we could affirm, taking the example of Thales, that one can ally high technology and Low Cost?

MK : It is always too expensive for our customers but it is clear that we propose a product with performances close to the missile’s own, I mean in terms of maneuverability.

In term of capabilty a munition while guided cannot replace a missile which will be able to defeet target heavier in term of balistic protection or with active protection like flairs. However, Thales positions itself actually on a whole spectrum of missions with technically top-of-the-range ammunitions because they results from statements of requirements of the Direction générale de l’armement (“General Directorate for Armament”), which is very severe with regard to safety and reliability. Our ammunitions are much reliable and far more performing than competing products. To reach such a level of reliability, we have to carry technology: a laser-guided ammunition with a submetrical accuracy, i.e. an ammunition able to reach its target at 6 km into a 1-meter circle. The performance of unguided ammunition depends on the shooting platform used: on a combat helicopter or a fighter plane, the performances vary due to the fact that these carriers have a different motion speed.

Unlike the other manufacturers of guided ammunitions and missiles, Thales masters the whole system. We produce the firing driver which could be embarked on the platform, the launcher, the ammunition with its rocket, its propeller and its warhead. Today, Thales can offer its customers not only a simple ammunition but a genuine operational capability. We are able to incorporate this system onto a flying platform we have to arm. This enables Thales to provide the technical solution that fits the best to the targeted capability and to his core needs, which something else than simply showing him a catalog, however complete it be. We show him the solutions.

TB : Mister Krouri, we thank you for this introduction.

Translated into English by Robert Engelmann 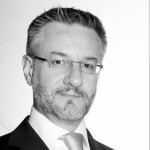 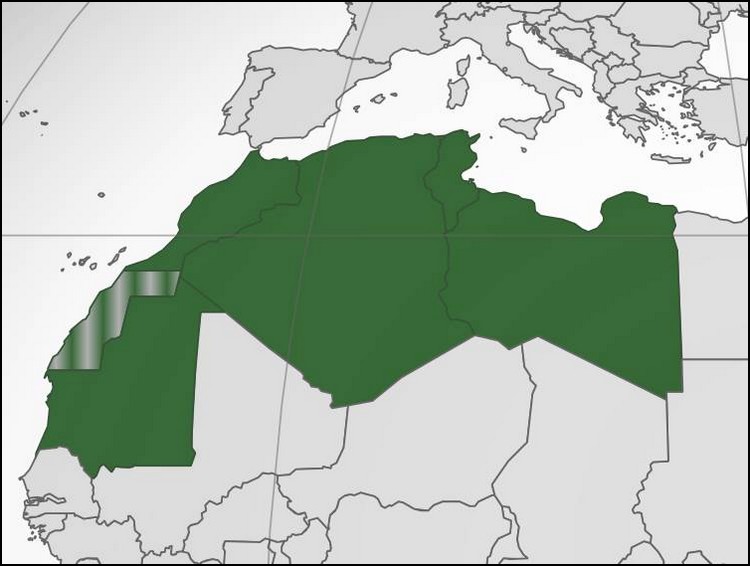